The twinning of Piscu village in Romania with Ţigăneşti from Basarabia

Bessarabia is a territory inhabited by Romanians, turned into a Soviet republic in 1945. Today it is an independent state – the Republic of Moldova. In January 2018, the Romanian village Piscu twinned with Ţigăneşti – a village in Bessarabia. The two old villages share the tradition of pottery and they each have a monastery named Ţigăneşti.

The children from Piscu and Ţigăneşti have explored together, through different forms of art, the cultural heritage of the Romanian space. They made pottery, they drew, and considered the beauty of our common cultural heritage. In the summer of 2018, in Ţigăneşti and Piscu, engravings were imprinted through serigraphy, destined to decorate the canvases of the Romanian Centenary Regatta – six boats that will travel the world.

The canvases are exposed (together with the boats), on the Promenade in Tulcea. If you’re around, go check them out. They will soon leave for London! 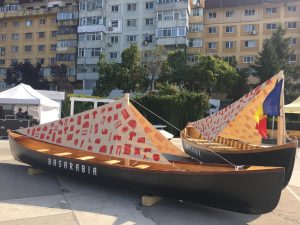 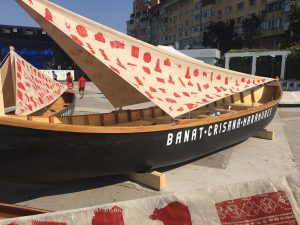 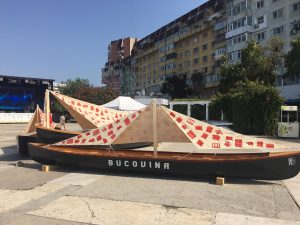